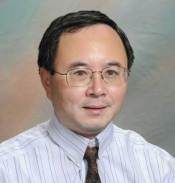 Jingshan Li is a Professor in the Industrial and Systems Engineering Department in the College of Engineering and the Associate Director of the Wisconsin Institute of Healthcare Systems Engineering. He received a B.S. from Tsinghua University (1989), an M.S. in Automation from the Chinese Academy of Sciences (1992) and a PhD in Electrical Engineering from the University of Michigan (2000). He worked for the General Motors Research and Development Center in Warren, MI from 2000 to 2006 and the University of Kentucky from 2006 to 2010. His area of research is to develop engineering theory for modeling, analysis, design, and improvement of production and healthcare delivery systems. His recent projects include: primary care redesign, modeling and analysis of rapid response operation in acute care, and real-time production control and scheduling.